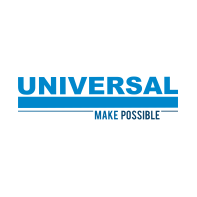 Universal came into being in I 974 with the vision of Mr. Rohidaas alias Dadasaheb More to forge ahead in the sphere of construction equipment manufacturing. It started by taking baby steps of supplying oil lubricant pumps and gear boxes to major industrial giants. Since then, Universal has achieved great heights with its expertise and detailed execution. In the mid eighties, Universal proved its mettle by creating a nitric acid pump to be used in I Indias combat weapon -1he Prithvi missile. In 1982, the development of the Concrete Block Making Machine catapulted.

Universal was founded by Mr. Rohidas alias Dadasaheb More in 1974 with the vision of revolutionizing the field of construction equipment manufacturing. The company that started with supplying oil lubricant pumps and gearboxes to major industrial giants, has grown today into an industrial giant itself. The landmark in company history was creating a nitric acid pump to be used in India’s combat weapon -the Prithvi missile.

In 1982, Dadasaheb launched the company into the construction equipment manufacturing frame by developing the Concrete Block Making Machine Further, in 1991, the company started manufacturing small concrete mixers at its Warje Workshop, with a force of only 30 to 40 workers, and in the same year, set a glorious example by exporting its products to Sri Lanka.