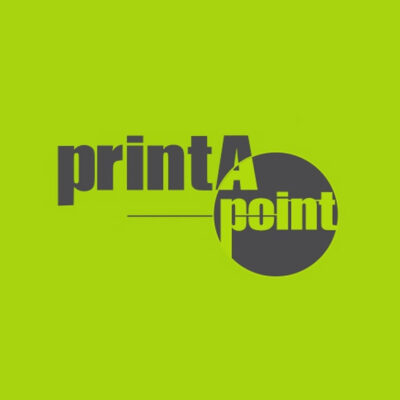 We offer a bespoke wedding stationery service for the discerning Bride & Groom. Our promise is to offer you Personal, Professional, Service as we look after your requirements from the design stage to the final Thank You stationery.

Banners: In- or Outdoors : A banner can be a flag or another piece of cloth bearing a symbol, logo, slogan, or other messages. A flag whose design is the same as the shield in a coat of arms (but usually in a square or rectangular shape) is called a banner of arms

Binding : Spiral Binding Company, started in 1932, was “the first mechanical binding company in the United States”. It created the original metal spiral-coil binding and later the Spiralastic, a popular plastic coil to replace wire during World War II

Books in Duplicate/Triplicate : The initial concept of transferring ink onto two separate sheets of paper, thus making two copies was made by two men (Englishman, Ralph Wedgewood and separately Italian, Pellegrino Turri). They were both trying to help blind people write letters, without making a mess when using pen and ink

Boxes : The first cardboard box was made in England, by a man named Sir Malcolm Thornhill. The box wasn’t what we associate nowadays with ‘packaging’ boxes but rather resembled more of a shoebox. But his idea was to make a box using single sheets of cardboard. However, as a result, they were rather laborious to create, but that didn’t make them any less popular

Business Cards : Business cards began in the 17th century in Europe, where they were used to announce the impending arrival of prosperous or aristocratic people to their local town or even their home. They were shaped and sized in a similar way to a playing card and became a staple of the elite by the middle of the century

Corporate Stationery : When launching a business, many people forget or disregard the importance of well-designed signage, branded corporate stationery, and corporate visual identity. By creating a consistent brand, customised stationery, and easily identifiable signage, you are projecting a trustworthy and legitimate business

Die Cutting : Die cutting was created in the mid 1800’s as a way to cut leather for the shoe industry more efficiently. At the time the holes in the leather were punched by hand, which made making shoes very labor intensive

Doctor’s Prescription/RX Pads : The word “prescription”, from “pre-” (“before”) and “script” (“writing, written”), refers to the fact that the prescription is an order that must be written down before a compound drug can be prepared. Those within the industry will often call prescriptions simply “scripts”

Embossing / Debossing : The earliest form of embossing can be traced back to the 15th century, where stamping plates were heated and used for the creation of personalised stationery. … Embossing became more of an art in the 19th century, as printing services were more affordable and much more attainable

Envelopes – Supply & Custom Made : The two people who discovered these first envelopes were Jacques de Morgan, in 1901, and Roland de Mecquenem, in 1907. Paper envelopes were developed in China, where paper was invented by 2nd century BC. Paper envelopes, known as chih poh, were used to store gifts of money

Flyers & Leaflets : Back in the Dark Ages, if you had an announcement to make, you could get down the village square, assume the town crier stance and start shouting. Rich merchants in Renaissance Italy knew that if the information is important, you need to commit it to paper. They passed around handwritten newsletters detailing the latest on wars and economics that could affect their business interests

Foiling : Foiling or foil stamping is a printing method of relief printing in which pre-dried ink or foils are transferred to a surface at high temperatures. The method has diversified since its rise to prominence in the 19th century to include a variety of processes. After the 1970s, foiling became one of the most important methods of decoration on surfaces of products

Labels : In the 1930s, R. Stanton Avery invented the first self-adhesive label. During this time, manufacturers started including health benefits, ingredients, and slogans on labels to better market their products

Laminating : Morris M. Blum invented lamination, by accident, in 1938 when he used dental laminate (also known as a dental veneer) to laminate a picture of his wife

Litho Printing : Lithography was invented by Alois Senefelder in the Kingdom of Bavaria in 1796. In the early days of lithography, a smooth piece of limestone was used (hence the name “lithography”: “lithos” (λιθος) is the ancient Greek word for stone)

Menus : A menu is a list of dishes to be served at a meal. Menus have been around in Europe since the 18th century. There is a special need for them in Chinese cuisine because of the wide range of dishes on offer. Menus have been discovered from the Song Dynasty in China

Photocopying : Inventor Chester Carlson used static electricity created with a handkerchief, light and dry powder to make the first copy on Oct. 22, 1938. The copier didn’t get on to the market until 1959, more than 20 years later. When it did, the Xerox machine prompted a dramatic change in the workplace

Postcards : The first known printed picture postcard, with an image on one side, was created in France in 1870 at Camp Conlie by Léon Besnardeau (1829–1914). Conlie was a training camp for soldiers in the Franco-Prussian War

Posters : During the 1890s. poster exhibitions and dealers thrived. Parisian poster dealer, Sagot, was the industry leader, with over 2200 different posters in his catalog. It was a few years later that Czech artist, Alphonse Mucha created the first Art Nouveau poster, a true masterpiece

Reports : An annual report is a corporate document disseminated to shareholder that spells out the company’s financial condition and operations over the previous year. It was not until legislation was enacted after the stock market crash of 1929 that the annual report became a regular component of corporate financial reporting

Scanning : The first image scanner developed for use with a computer was a drum scanner. It was built in 1957 at the US National Bureau of Standards by a team led by Russell A. Kirsch. The first image ever scanned on this machine was a 5 cm square photograph of Kirsch’s then-three-month-old son, Walden

Virko : Thermal printing or raised printing dates back to the early 1900s. It is said that it was roughly developed in approximately 1905. When thermal printing was first considered, it was a means to incorporate more novelty effects to the printing process

Wedding Invitations & Stationery : In the middle ages most people were illiterate, however, most of the nobility was literate and they were the ones that began the tradition of sending wedding invitations. Commonly a monk, who was skilled in the art of Calligraphy, would hand write the invitations

Yearbooks for Schools : The first yearbooks were first made in the 1600’s. Students filled pages of scrapbooks with newspaper clippings,personal notes,and dried flowers