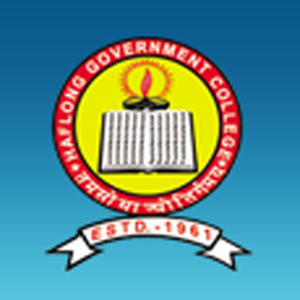 Haflong Government College is completing its 55th year of glorious existence on the 4th of September 2016. This college was born through the vision of the illustrious sons of the soil like Late N.L. Daolagupu, backed by the unstinted support of the intelligentia of that time like Sonaram Thaosen, J.B Hagjer, Surath Chandra Daulagupu, Hironmoy Das Barman, G.C. Langthasa, P.C. Langthasa, D. Hojai, P.K. Gorlosa, V. Hmar, Nishikanta Daulagupu, Yusuf Khan and B. Chakraborty. The dream and vision of the pioneers became a reality with the establishment of this college on the 4th of September, 1961 and thus a new chapter was added to the annals of this hilly district. Since its inception this premier institution took up cudgels to articulate the aspirations of the ethnic societies of the district. This college was started as a private night college with 17 students on its roll in the Pre-university Arts classes at the Cultural Institute Hall. Later on it was shifted to its present site in 1964. In course of time, the college was converted to a day- college retaining the night section as an additional shift. During later years Science and Commerce streams were added in 1969 and 1988 respectively. Moreover, under the patronage of Dima Hasao Autonomous Council Post Graduate courses in Political Science and History were introduced from 1997. This college can legitimately take credit for producing a large number of graduates over the years and enabling them to occupy high positions in the society as Doctors, Engineers, Magistrates, Administrators, Teachers and political leaders.

In the very first year of its establishment, Haflong Govt. College got recognition of Gauhati University up to the Pre-university level. The college became eligible for financial assistance under Section 2(f) and was declared fit to receive central assistance (UGC grant) under Section 12 (B) of UGC Act, 1956 as per approved pattern of assistance under various schemes. The college obtained recognition from Gauhati University for degree course in 1965. Pre-university science classes were started from 1969. Subsequently recognition was obtained from the Department of Higher Education, Government of Assam. Haflong Govt. College got a new dimension when it was taken over by the Government of Assam on 5th of November, 1975. The College remained under Gauhati University till the 20th of January 1994. But, after the establishment of Assam University, its affiliation shifted from Gauhati University to Assam University on the 21st of January, 1994. Since 15th February 2005, the college came under the administrative control of the Dima Hasao Autonomous Council. The problem of acute shortage of teachers was solved with the appointment of contractual teachers by the Autonomous Council.

History is testimony to the fact that Haflong Govt. College has consistently been at the vanguard of the most defining changes that the district has witnessed. Infrastructure facilities have been continually upgraded but Haflong Govt. College has still a long way to go to attain the same infrastructural facilities which other Government colleges of Assam are enjoying.

The college is the tree of knowledge faithfully serving the entire district. But for this, nourishment in different forms from the Autonomous Council and the Government who are at the helm of affairs should come frequently. This will be a great help in the growth of the college for years to come.