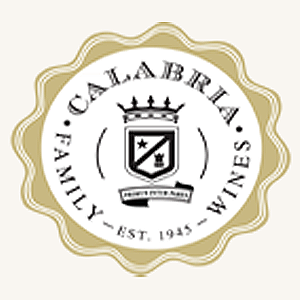 Our story began three generations ago with a vision from my grandparents; Francesco & Elisabetta Calabria in 1945.

The newly-arrived migrants from Italy came to Australia, with the vision of providing a better life for their family. They purchased a five acre farm in Griffith which is located in the Riverina region of New South Wales and settled with their seven children in the west end of Griffith.

At the end of the day, my grandfather decided he needed a glass or three of good home-made red or white to ease the pains of a day on the family’s fruit farm in the new-fangled irrigation area. Unfortunately he didn’t have the money to invest in all the necessary equipment to make it with, so he took over my grandmother Elizabeth’s laundry tubs, and improvised from the little materials he had. Soon enough he was producing wines for the local Italian and European population.

My father, Bill Calabria, often tells me of the hardship my grandparents endured: “As a child I remember the wine being enjoyed by family and friends, who would purchase the wine in large barrels. His techniques of making the wine never changed and the end product was always delicious. The idea of making home-made wine was simple to survive; it was a means of income for my parents – something that I am eternally grateful for.” Bill Calabria

For a man whose education never went beyond primary school, Francesco’s achievements were remarkable and something I know my family admires. “I was fortunate enough to learn the secret behind my father’s wines, which lead me and my brother, Tony, to take over the small production at the ripe age of 14.” Bill expresses.

My uncle Tony and Bill were running the small winery throughout the 1960’s and 1970’s, however in the late 1980’s the Australian economy was facing a recession and the Australian wine industry was in the doldrums. Sales had dried up, and vines were being ripped out across the country’s leading wine regions and my dad made the heart-breaking decision to put the family winery on the market. Bill inherited a lot of debt and owed a lot of money to the bank and vowed to do whatever it took to keep the wine flowing at the family winery. Bill, his wife Lena and children; Frank and Michael started washing wine bottles and two litre flagons for other wineries in the Riverina, using an old soft-drink bottle washing machine that he salvaged from a paddock in the back-blocks of Narrandera. The idea of washing bottles was never ideal but it allowed the winery to keep functioning and believe it or not that old machine got the family back on track at the right time. The family wine business was in a better position when the 1990’s brought new interest and prosperity to the wine industry, with the demand for export.

It was the start of the decade and Dad made the conscious decision he did not want to become a big bulk producing winery, instead he vowed to produce quality wines, wines that would soon win him accolades internationally.

Thirty successful years later, Bill has been joined by his four children in the business at Calabria Family Wines, but no longer washing bottles for other wineries, instead he has grown his Riverina-base, making consistent, high quality wines from several premium wine growing regions.

My grandparent’s strong Italian family values are alive in the Calabria Family wine products, and my brothers and I are committed to producing outstanding wines and continuing traditions which my grandparents started over 65 years ago.