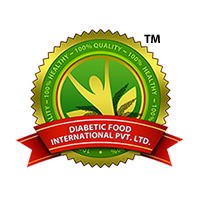 Diabetic Food International (DFI) has been established with Social Objectives of bringing back Millets to daily diets world over and supporting millet farming and farming communities.

Millets are known to have been one of the first grains used for domestic purposes and was widely consumed in Asia and Africa for over 7000 years ago, and then later spread throughout the world as a staple food. The decline in the farming of Millets over the last couple of decades has been devastating. Over the last few decades millets have gradually disappeared from our diets due to the increased domination and preference for rice and wheat. Fortunately the quest for healthy food alternatives is increasing, and millets are staging a comeback as a staple – especially as a replacement for rice and wheat, due to its high nutritious value and other health benefits compared to rice and wheat.

Reviving the different varieties of Millet and Millet products is one of the important goals of DFI. This Goal has been taken up realizing the nutritional potential of millets and its role in the prevention and management of diabetes, obesity, heart disease and other lifestyle diseases.