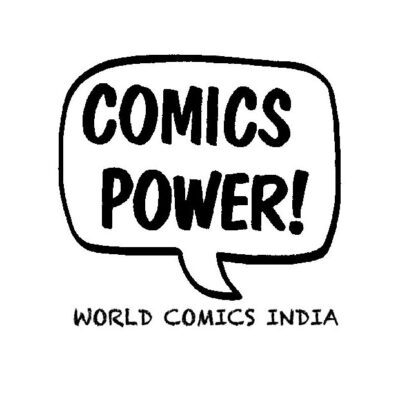 A collective of grassroots activists, cartoonists, artists, development journalists, students, using comics as a communication tool as well as medium of self expression. These Grassroots comics are drawn by common people reflecting their understanding of the social world (and not by artists). People living away from power centers rarely have their voices reflected in the mainstream. WCI parallels with the mainstream approach, and conducts several workshops aiming at empowering these voices and bringing out their own wall newspapers. The rich stories nurtured in the workshop are a reflection of the multi-cultural outlook of the society and this inspires us to adopt visual story format in the most cost effective manner possible.

WCI imparts skills to NGO’s staff and activists, students of mass communication and social work through workshops on grassroots comics. This in turn helps them develop a better communication strategy in addressing the local issues. WCI through its Training of Trainers programme, produces training manual for replication of Comics Workshop across the globe. It widens beyond the spectrum of grassroots comics through issue-based campaigns and publishing comic anthologies.

The Background Story- It was in early nineties while working as a political cartoonist Sharad Sharma started introducing cartoons in content designed for literacy campaign in Rajasthan, India. The visual rich content was well received by the neo literate audience and found it easy to understand than the previously available text-heavy content. Next step was to promote wall posters as a means to spread information quickly, easily, and in a cost effective manner. A number of workshops were organized for non-artists and non-journalist, they were trained to report from ground zero on the issues confronted by them in daily life.

While the deewar-akhbarwere becoming popular but still the challenge was to reduce text from these wall newspapers, as no one was interested to read so much of text.The incorporation of visual stories in the form of comics and illustration was the next step into that direction. From local panchayat functionary to NGOs activists everyone appreciated this simple method of communication known as Grassroots Comics. India having a rich story telling culture and visual communication is inherent in the society, hence the indigenously developed concept of Grassroots Comics spread all over the country in later years. Soon a number of skill development workshops were organized with a variety oforganistionsbased in different parts of the country. This was still when Sharad was working as a fulltime cartoonist in mainstream media.After a decade of experiment and practical work it was decided to institutionalize the activity and spread the method across the globe by registering it as an organisation.Sharad left his mainstream media job and dedicated his full time to spread the grassroots comics movement across the globe.