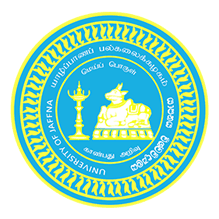 The establishment of a full fledged University in Jaffna had been a long standing aspiration of the people of Jaffna. This was fulfilled when a campus of the University of Sri Lanka was established in 1974 by an order made by the Honourable Minister of Education. The campus became an independent and autonomous University bearing the name University of Jaffna on January 01, 1979. The academic and administrative activities of the university are governed by the Universities Act. No. 16 of 1978., as last amended by Act No 1 of 1995.

From a small beginning in the thirty ac re campus of the then Parameswara College premises founded by the veteran philanthropist, Sir Ponnampalam Ramanathan, the University has grown enormously and is today the home of eight faculties with fifty seven academic departments, several service/academic/support units and centers and a Campus at Vavuniya, about 130 Km from Jaffna. In addition a few more Faculties, Departments and Centres are scheduled for development and will, in time, further open the University’s door to the public and increase its role, responsibilities and commitments to t he region around it.

The student population of the university is about seven thousand. This includes about six thousand two hundred internal students in the main campus, about five hundred postgraduate students and about three hundred and fifty of the Vavuniya campus. Although some students are housed in a few halls of residence, majority of the students find their own non-University accommodation.