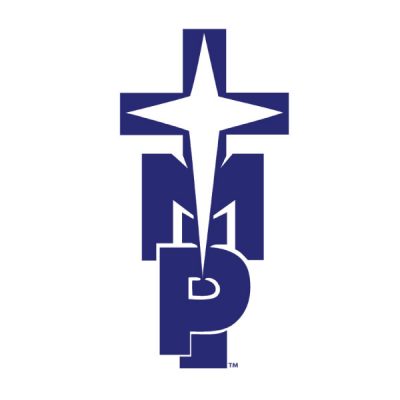 Thomas More Prep-Marian (TMP-Marian) is an inter-parochial, Catholic, co-educational school offering grades 7-12. Located in Hays, Kan., the school was first established by Capuchin Franciscan priests in 1908. The school has undergone many changes during the last century, but has always maintained its central philosophy of a Christ-centered education. Known as St. Joseph’s Military Academy up until 1970, the school then merged with St. Francis Seminary to become Thomas More Prep High School. In 1981, Marian High, an all-girls school, merged with TMP to form the school in its present form, Thomas More Prep-Marian. Most recently, grades 7 and 8 were added during the 2012-2013 school year.

Unique to TMP-Marian is the residency program that has been in place since 1910 (boys) and 1995 (girls.) Because of this feature, LogoTMPWstudents that attend TMP-Marian have the opportunity to interact with students not only from Hays, but around the world as well. This past school year, TMP-Marian welcomed students from China, Mexico, Tibet, Rwanda, South Korea & Taiwan. This multi-national setting allows our students to learn about the global culture on a personal level. Our students have the opportunity to make lifelong friends around the world and many former students have visited their classmates over sees long after they have graduated.