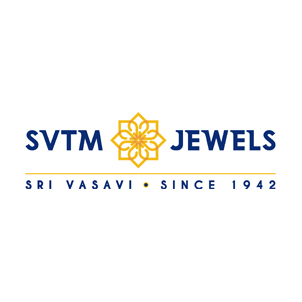 In 1942, Meda A. Balanagasunderasen Chettiar and E.K.R. Meenakshisundharam Chettiar started a jewellery store in Dindigul and named it Vasavi Jewellery Mart. It was a humble beginning in a 400 square feet space, where they sat on the floor and conducted their business; that was how things were done in those days.

In the year 1996, Meda Nithyanandam’s son, Meda N. Ravi and Dhinakara Gupta’s sons took a major leap and shifted the business to a showroom measuring 4000 square feet. This was ten times the size of the original store. It was also the biggest showroom in southern Tamil Nadu at that time.

After six decades, in the year 2003, the family business was partitioned and Meda Nithayanandam moved out of Vasavi Jewellery Mart with his son, Meda N. Ravi. They started a new jewellery firm and named it Sri Vasavi Thanga Maaligai. This showroom is housed in its current location and occupies a sprawling 9,000 square feet across three floors.