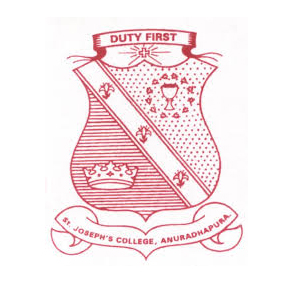 The beginning of the college took place with the starting of local language school by father Dr. Bonjune on 1874. Afterward Rev. Henry Julian arch bishop of Jaffna has registered this as a government English school in 1898. It was named as St.Joseph’s college. The reason for this was, the church in Anuradhapura allocated for the St. Joseph’s. It was not the only reason. But all the other people, not only Christians, but also Hindu & Muslims were also encouraged about school.

In this time, North Central province has established by the Government by adjoining Anuradhpura & Polonnaru districts. Then Anuradhapura became the capital of North Central Province. This happened on 1873. But there were no English school in this area. But English was essential for administration. Therefore some people taught English for their children by accompanying teachers from Jaffna.