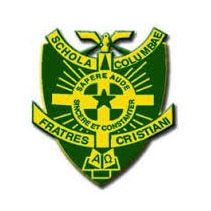 St. Columba’s School is a highly acclaimed Christian Brothers institution. Amongst the best schools in the country, it Is widely known because of its prime location in the very heart of Lutyen’s Delhi, because of its long list of distinguished alumni, because of it’s dedicated staff, it’s exuberant present students and it’s leadership in education.

Albeit a late entrant to the Christian Bothers family. St. Columba’s took next to no time to become their premier school. St. Columba’s, which began in 1941 with a small complement of 32 students, now has over 3400 students with many names on the waiting list for admission. The school’s impact and continuations in the field of education was duly acknowledged by The Education Quality Foundation of India (EQFI) when it selected St. Columba’s as the most deserving recipient of “The Whole School Award” for dissemination of quality education. Education World has over the last more than five years being placing the school among the best boys’ schools in the country and the best boys’ school in Delhi.