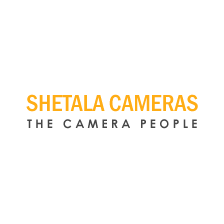 The horizon of camera retailing in India was just beginning to broaden in 1994. Shetala Agency had the vision to see its potential and was pioneered a formal distribution network for imported cameras of leading brands. This ushered in a new era of consumer power – they could finally buy authentic imported cameras without the fear of having bought cheap imitations or damaged products from the grey market. Our initial foray into retailing was through entering into a channel partnership with Konica and the Viveks group at major cities like Chennai, Hyderabad, and Bangalore. Happy with the ensuing success, we embarked on our expansion plans.

We became India’s sole distributors for leading imported camera brands and aggressively promoted them through a series of Photo Fairs and Exhibitions. These promotions created brand awareness, strengthened the brand image, and attracted a lot of potential consumers. Acknowledging the importance of after-sales service, sales were supported by superior camera care through our service chain at Hyderabad, Bangalore, and Chennai.

A major milestone in our progress was becoming the sole South Indian distributor and authorized service agent for the world-class brand, Olympus cameras. We further reinforced our ties by opening India’s first exclusive showroom for Olympus cameras in Bangalore. Another first was launching digital cameras officially in India. The overwhelming success of the Olympus range of cameras spurred us on to open exclusive outlets at major cities like Hyderabad, Chennai, and Cochin.

we enjoy the benefits of buying in bulk for the entire group and keep our margins low, so you get a great range of photographic products at great prices. We pass these benefits on to you, so our prices are the lowest we can make – every day.