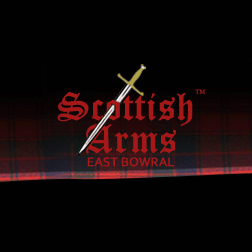 The Southern Highlands has always had a deep association with Scottish culture and customs, especially with the opening of the Joadja Creek oil shale enterprise. In 1878 the Australian Kerosene Oil and Mineral Company began operations at Joadja Creek, which is less than 30 minutes drive from the Scottish Arms.

A village was established and labour shortage was overcome by enlisting experienced workmen and their families from mining areas throughout Scotland. After arriving in Australia the Scottish families were taken by horse or bullock teams to Joadja Creek, where they retained their deep Scottish habits and customs. A full pictorial history and DVD of Joadja Creek is on display at the Scottish Arms. Today many Scottish families that reside in the Southern Highlands have direct heritage to the pioneer families from Joadja Creek.

Each year in April over 20,000 people descend on Bundanoon to celebrate ‘Brigadoon’ which is one of Australia’s most important Scottish gatherings. Also every October ‘A Little Piece of Scotland’ at Sutton Forest conduct The Silver Tassie where pipers compete. Having regard to the strong Scottish culture and history associated with the Southern Highlands and the Robertson family’s Scottish heritage we decided to name the new tavern the Scottish Arms. It is hoped that the Scottish Arms can help give recognition to the tremendous contribution, and often suffering, which Scottish settlers gave to the Southern Highlands and Australia in general.

One of the most loved shawarma spot in
Hinjawadi Village, Hinjawadi, Pune, Maharashtra 411057
100 Views