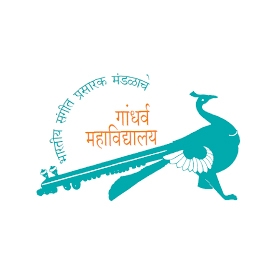 Indian classical vocal music is considered to be one the oldest forms of music in the world with an unbroken tradition. Its origin dates back to the time of the Vedas and hints can also be found in the ancient sculptures. In Indian tradition, music was mainly used in the chants and hymns and was considered as a mode to realise God. It is difficult to master the art of Indian classical vocal music and hence a systematic learning is obligatory. There are very few institutions which offer dedicated classical music classes in a systematic approach.

Pt. Vinayakrao Patwardhan was the most one of the senior disciples of Pt. Vishnu Digambar Paluskar, who wanted to spread the sacred Indian traditional classical music to the common people. This legendary vision of the guru encouraged him to devote his life to the practice and education of classical vocal music. This eternal energy and strong determination led to the establishment of Gandharva Mahavidyalaya on the auspicious day of Akshaya Tritiya, on 8th of May 1932. Since then the institution has been successful in bringing out and enhancing more than 10,000 talents. The institution provides classical music classes in Hindustani and Carnatic music for Vocal and instrumental apart from organizing conferences, seminars, concerts and other musical activities.

The institution celebrated 80 years of conducting classical music classes in Pune on 8th May 2013. The old Gandharva Mahavidyalaya building was renovated into a modern building which stands on the 5000 sq.ft area. The new mansion has a spacious hall of 1200 sq ft with an 800 sq ft Terrace. All the adequate amenities have been provided for conducting classical music classes without any disturbances. A spacious library with a huge collection of rare and historical books related to music has been maintained in this facility. There are even guest rooms constructed to provide accommodation to guest faculties who come for giving classical music classes in Pune also for artists, examiners and more.

Will train to achieve Your Dreams
Shop No. 3, Gardenia Society, Behind Inorbit Mall, Opposite Shubham Bus Stop, Vadgaonsheri, Pune-411014
83 Views