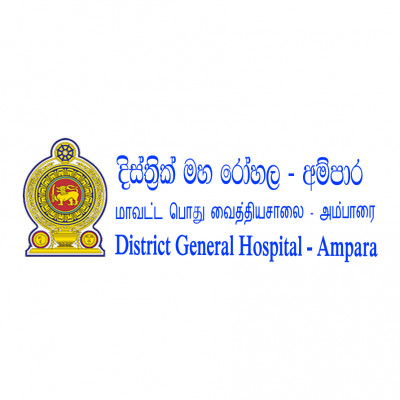 The District General Hospital Ampara is the only tertiary care hospital situated in the historic Digamadulla district of the Sri Lanka.This is the only hospital in Sri Lanka with both ISO 9001 And ISO 14001 quality management and environmental management certificates.This is considered as a local and global study center for health care quality and productivity.we have received lot of local and international awards for our success including Asia pacific quality award. we are on the way to become first digital general hospital in Sri Lanka.

On 1st of January 2001, the hospital was declared as a District General Hospital(DGH) under the direct supervision of the director general of the health services. Then the hospital management was dramatically changed. Many facilities were added.

Now, DGH, Ampara provides tertiary care to entire Ampara district which consists of a population of 780,000 people.Our bed stength is 600 with 1300 employees.