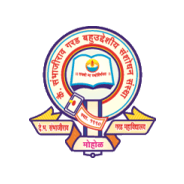 The college has been named as Deshbhakt Sambhajirao Garad Mahavidyalaya after the great visionary Congress leader of Mohol. He had been in the company of Pandit Jawaharlal Nehru and Yeshwantrao Chavan. He was courageous, a fearless and bold leader who sacrificed his life for the betterment of the downtrodden people and upliftment of the poor women. In continuation with his vision, his successor Shri. Shahajirao Patil the State Minister in the Government of Maharashtra for Rural Development contributed in the establishment of the college.