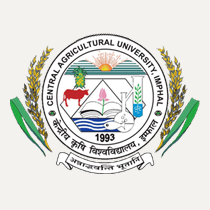 College of Horticulture and Forestry

The Central Agricultural University has been established by an act of Parliament, the Central Agricultural University Act, 1992 (No.40 of 1992). The Act came into effect on 26th January, 1993 with the issue of notification by the Department of Agricultural Research and Education (DARE), Govt. of India. The University became functional with the joining of first Vice-Chancellor on 13th September, 1993. The jurisdiction of the University extends to six North-Eastern Hill States viz., Arunachal Pradesh, Manipur, Meghalaya, Mizoram, Sikkim and Tripura, with headquarters at Imphal in Manipur.

College of Horticulture & Forestry, a constituent College of the Central Agricultural University, Imphal, Manipur, was established on 7th March 2001 at Pasighat, Arunachal Pradesh on the bank of beautiful river Siang.

The campus is spread over in an area of 58 hectares which includes research farm, instructional cum demonstration farm, KVK farm, and experimental farm. The College has achieved remarkable progress in teaching, research and extension programmes since its inception. At present, the College has 11 departments to support academic, research and extension activities. The academic programmes are undergraduate degree in Horticulture and Forestry (B. Sc Hort. and B.Sc Forestry),  Agriculture (B.Sc Agril.), post-graduate degree in Horticulture (M.Sc Horticulture in Fruit Science and Vegetable Science),  Forestry (M.Sc. Forestry) and Ph.D (Fruit Science & Vegetable Science) programme. The curriculum and syllabi of all degree programmes are updated, and implemented as per the ICAR-IVth Deans’ Committee recommendation.

The College has also one KVK to facilitate the transmission of latest technologies in field of Agriculture, Horticulture and allied disciplines to the farming community.

It is a dream realized. The Hon’ble
Bankura University, Block II, Purandarpur, Bankura - 722155