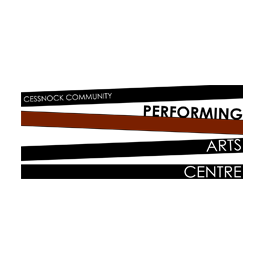 It’s an iconic façade on the corner of two main thoroughfares of Cessnock – the white painted and raw red brick of early 20th Century architecture seamlessly flowing into the sleek lines of modern red ochre and slate coloured additions.

Since opening on November 22, 2008, Cessnock Performing Arts Centre (CPAC) has not only built a regular audience for concerts and plays, it has also shown itself as a significant player in audience development and community engagement. Each year CPAC strives to provide live entertainment experiences for our audiences that embraces the eclectic scope of our industry. From brilliant Australian and international theatre productions through to innovative and expressive dance; from the cream of the comedy crop to original live music and acts that capture the essence of the music greats, CPAC prides itself on providing something for everyone.

The complex itself comprises a 466 seat theatre with stalls and tiered seating. It also houses a spacious foyer, kitchen area, two large rooms suited to a variety of uses including meetings, presentations and workshops, a small meeting room, and two outdoor performance areas.