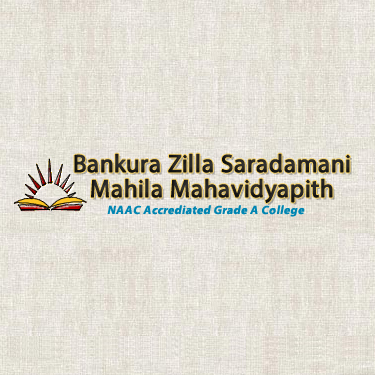 Bankura Zilla Saradamani Mahila Mahavidyapith is the oldest Girls’ College in the district of Bankura,West Bengal affiliated with Bankura University. The college had its inception in 1973 as a non-government private college, under the University of Burdwan in order to promote education and culture,not only among the young girls of the district but among those of its adjoining districts as well as. The college was venerated with the holy name of Sri Sri Maa Sarada, the most glorious daughter of the soil. The objective behind naming the college after Maa Sarada was to preserve Her name. The college has been accrediated ‘A’ Grade by NAAC in its Reaccreditation (2nd Cycle) assessed during January, 2015