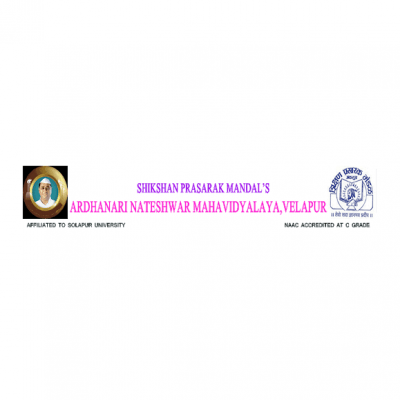 Ardhanari Nateshwar Mahavidyalaya, Velapur has been one of the branches of Shikshan Prasarak Mandal, Akluj. It was established on 1st August 2001 with a vision a special focus on education of girls to bring about a change in the lives of rural and downtrodden students having agrarian background and to promote them to be competent enough with national and international scenario.

At first the institution was affiliated to Shivaji University, Kolhapur, Later it was affiliated to Punyashlok Ahilyadevi Holkar Solapur University Solapur since 2004. The college is self-financing and runs with mere self-generated funds. It is trying to be recognized with 2 (F) 12 (B) status in near future. The college runs single under graduate degree course i.e. Arts with success.English,Economics and History are taught at special level under the Arts faculty. The college is facing accreditation process of NAAC for the Cycle 1. The 17 years old college is willing to be recommended by the NAAC.