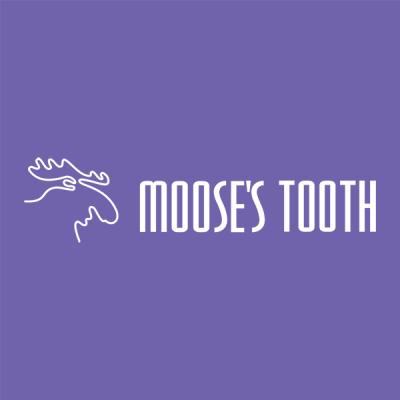 Moose’s Tooth, founded in 1996, serves pizza and Broken Tooth Brewing beer (with a side of tie-dye). We strive to offer a truly gourmet pizza experience, focusing on creative, high quality food in a casual environment. If you’ve seen the reviews, you know: Come prepared to grab a pint and wait for a table. This place is hoppin’!

Heads in the Clouds, Beer in the Bathtub

Moose’s Tooth opened for business in June of 1996. The founding fathers of this Anchorage icon were, perhaps, an unlikely duo: a couple of fresh-faced college friends who decided to give up careers in Computer Science and Law respectively. Rod Hancock went from rock-climbing world wanderer to master pizza inventor. And when he wasn’t ski adventuring himself, Matt Jones dove headfirst into his bathtub of homebrew (just kidding…kind of). Their college days spent scheming and dreaming over pizza and micro-brews in the early heyday of Portland’s craft beer scene instilled them with a brilliant-yet-dangerous thought: We could do this. Along the way, they roped Rod’s brother Warren into the company (the Hancock brothers are still active participants in the businesses to this day). They opened their doors that first night, and the city of Anchorage has pretty much been waiting, beers in hand, for an empty table ever since.

Four years after the Moose’s Tooth boom heard ‘round the world, the brothers in business marched forward toward another dream project: a Theatrepub. They found hope in the former Denali Theater, in the heart of Spenard. After a complete overhaul, the Bear Tooth Theatrepub found new life in providing pizza & beer in a movie theater environment (just like the guys had enjoyed while living in Portland!).

The Bird in Berlin