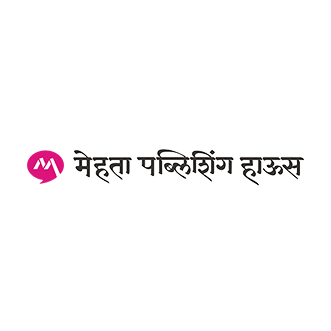 A pioneer in the publication industry for nearly four decades, Mehta Publishing House has stood the test of time gloriously by just doing what the vision statement states, celebrating Marathi as regional language and publishing rustic stories by renowned authors not only from Marathi literature but also across the globe. Being true to its roots, the company believes in exploring the rich literature of India and lauds homebred writers with great responsibility and pride. This very core belief has what led Mehta Publishing House to become the leaders in Marathi publishing in India today.

With more than 150 new titles and 300 reprints being published every year, Mehta Publishing House has made its presence felt in nearly all genres & sub-categories of books with a dynamic backlist of over 4500 titles. We have the most prominent Marathi writers and bestselling books under our umbrella. So much so that with increased demand, the publishing house was induced to print and release translated versions of the same in many other Indian languages too including Hindi, Gujarati, Bengali, Kannada and several others. Not just limited to books, we are also the world’s first publishing house and one-of-a-kind to come up with authentic and original DRM enabled Marathi e-Books. After dominating the Marathi literature scene for several years, Mehta Publishing House has spread its wings by venturing into publishing of English books primarily to be able to reach more readers and spread the joy of reading.